A Whistle-stop Tour of the Wedding Cake through the Ages

Have you ever wondered why the wedding cake is a ‘thing’ and what purpose it serves in your wedding?

One thing is for sure, wedding cakes have certainly transformed and evolved over the centuries, from a mere bread-like offering in Ancient Roman times through to the elaborate works of art we see at weddings today.

The History of the Wedding Cake

Let’s travel back in time … to Ancient Roman times. The Ancient Roman era is the period of history between 753BC and 410AD. Wow! That’s quite some time ago and it’s difficult to imagine that marriage and wedding cakes were even a thing back then.

There is no definitive date recorded as to when the first cake was introduced into the wedding celebration but, it is generally accepted that, the first reference to the wedding cake dates back to this time.

Back in those days the cake was made with wheat or barley and it was broken over the bride’s head. Ouch! (cakes were not the light and fluffy sponges of current times). This practice was to symbolise fertility and good fortune. Guests would then scramble for the crumbs so that they, too, could share in the good fortune. The tradition of sharing the cake with guests continues to this day, albeit in a more orderly manner.

You’ll be pleased to know that the tradition then progressed to crumbling the cake over the bride’s head. Guests were served the remaining cake (and crumbs), and this was supplemented with confetto, which was a mix of nuts, dried fruit and honeyed almonds.

Who knows who the first person was to decide it was a good idea to throw their confetto over the bride and groom … I like to think that it was during a fun drunken food fight 😊. You may have guessed; this particular tradition is now the showering of confetti as we know it today (more on that tradition in a later post).

Over the centuries that followed, the composition of the wedding cake changed and developed.

Fast forward nearly a millennium, and the tradition in later-Medieval England was to have small spiced buns stacked on top of each to create a tower. The higher the better. Often it was the guests who brought the buns with them to the wedding. As the story goes, if the bride and groom were able to kiss over the tall stack, prosperity and good health would be theirs. I guess you would want to keep your guest numbers small, to ensure you were able to reach over the top of the tower of buns.

Fortunately, the 17th century saw the introduction of fruited cake and sugar. A French chef introduced the English to a tiered and ‘frosted’ wedding cake; although ‘frosting’ was originally lard, which over time changed to include sugar. This proved popular with brides of the time and fruited cakes (not necessarily stacked) with a sweet covering gradually became the centrepiece for weddings.

At this time, wedding cakes were generally white; originally for practical reasons in terms of the ingredients that were available, but later, because the Victorians had embraced the concept that white symbolised purity (and a bride would want to be portrayed as pure and virginal, thus the desire for a white cake). It was also common back then to make your cake as white as possible as refined sugar was expensive and to have a whiter-than-white cake covering was a display of wealth.

Cake being cut at a Victorian wedding reception, around 1890 (source: English Heritage)

This form of the wedding cake is the predecessor to wedding cakes we see today. Fruit cakes covered with marzipan and either royal icing or sugar paste remained the top choice for wedding cakes up until the early 1990’s. Modern wedding cakes often have tiers of different flavoured sponge cakes and will occasionally have a small fruit tier. Up until the early 21st century, the small fruit tier was kept to celebrate the birth of the couple’s first child, or their first wedding anniversary. This tradition has all but disappeared but if it is something you want to do, be sure to speak to your cake maker on how best to store your cake.

Whilst we may have lost some of the symbolism associated with the wedding cake, the introduction of new ingredients, tools and boundless creativity has ensured that the wedding cake still usually takes centre stage at modern wedding receptions, for all to admire – and enjoy! There’s no reason why you can’t reintroduce or embrace the old symbolism though.

The cutting of the wedding cake can be attributed to those Ancient Roman traditions where the guests scrambled for crumbs, which then evolved into a more civilised way of sharing the cake.

In the past, it was usually the bride that cut the first slice which was to symbolize the loss of her virginity. In the 17th century it became popular to have a bride’s cake and a groom’s cake, and it was the bride’s cake that was served at the wedding celebrations, thus resulting in the bride cutting the cake.

Although the groom’s cake has seen a resurgence (mostly in America), there is usually only one main cake at the modern wedding reception and now couples generally share this moment by slicing the first piece together. Cakes of yesteryear were heavy fruit cakes covered with rock hard royal icing and was much more difficult for a bride to cut by herself. The groom would place his hand on top of his bride’s hand to add extra slicing power, and thus a new ritual was born.

This ceremonial first cut of the wedding cake symbolises the bride and groom’s first task together as newlyweds and the new life that they are starting together.

It’s best to agree with your partner up-front about when and how you cut your cake. Ideally you want to serve it some time before your first dance; late enough to include your evening guests but early enough that you (and your guests) can still enjoy the experience.

Once you’ve cut your cake and served some to each other, it is usual practice for the caterers to take the cake to the kitchen to cut it up into portions. It is then laid out on a side table for guests to help themselves.

Wedding guests still love watching couples cut into their wedding cake and I, for one, hope this tradition sticks around for centuries to come. 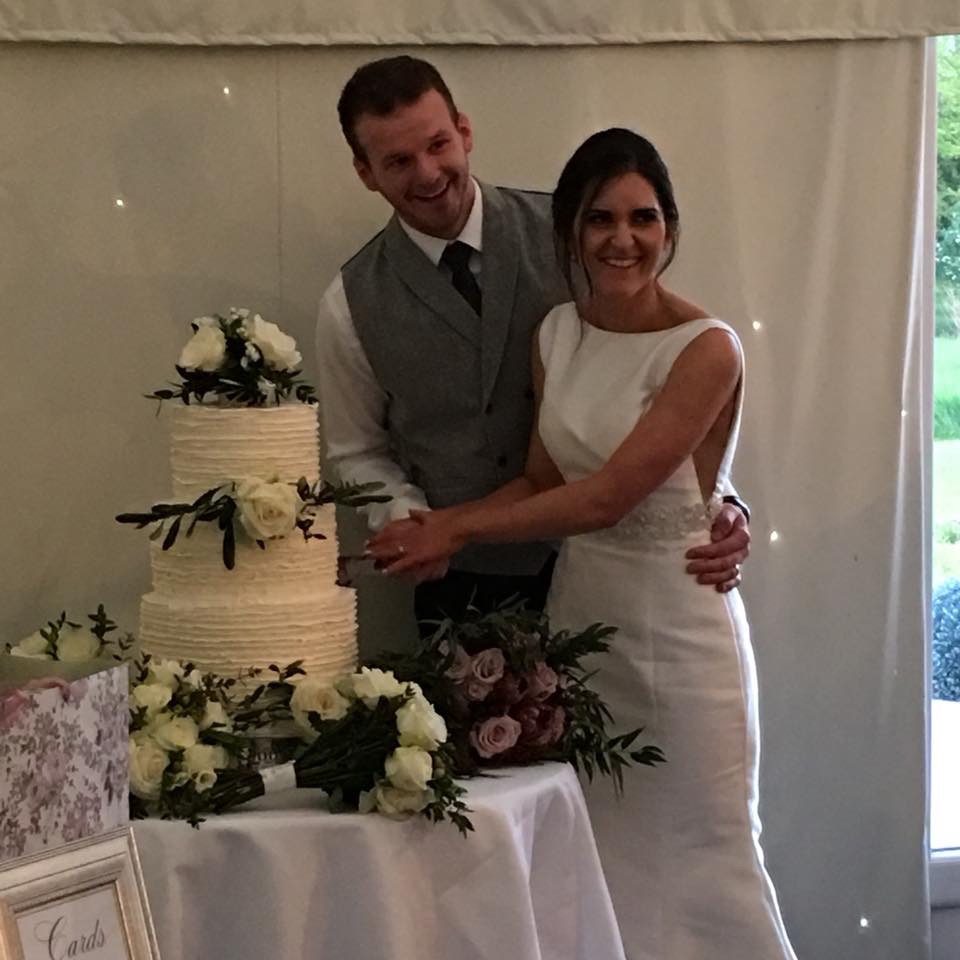 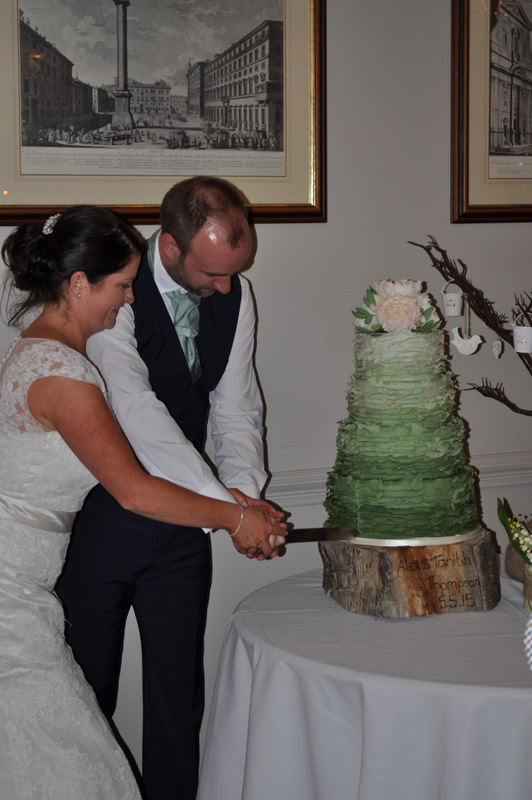 I hope you’ve enjoyed this whistle-stop tour through the ages. I would love to know if you have any other traditions and rituals relating to the wedding cake. Pop them in the comments below.

If you are interested in reading about the history of wedding cakes in more detail, click on the links below:

Wedding Cake: A Slice of History by Carol Wilson

History and Tradition Behind the Wedding Cake

Should You DIY your Wedding Cake